As many skeptics have asked this question, is Astrology really Vedic, because we say Astrology is a Vedanga. Where in Vedas there is mention about Astrology or Jyotisha ?

They accept Vedas but are not ready to accept Astrology/Jyotisha to be a part of the Vedas, hence they ask us to prove with reference to Vedas. Therefore this is a humble attempt to clarify this question.

At the outset this question “Is Astrology Vedic ?” itself is INVALID, this is just like asking “Is Algebra a part of Mathematics ?”, if yes then prove where in Mathematics it is said Algebra is a part of it.

The below chart gives the flow of Vedic Knowledge in-detail: 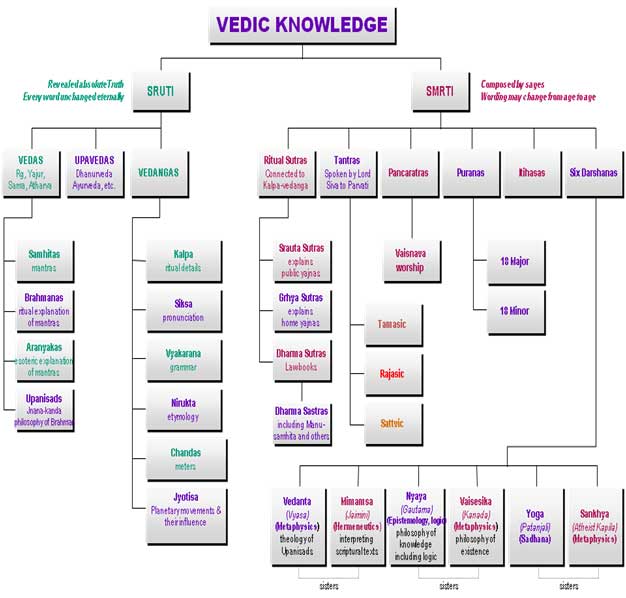 Some references from Vedas:

The Moon becomes new and new (with the addition of brightness each day) and thus acting as ahnam ketu or indicator of thithis (Lunar dates). Ushasametiagram goes ahead of the sun. in the Aayana paksha (bright nights) it devebhyo bhagam vidadhaati imparts its influence to the nakshatras (asterisms) verily the Moon gives us long life.

Details of Nakshatras given in Atharva Veda 19 Kanda:

Thus those who were expert in astrological knowledge and in performance of the birth ceremony instructed King Yudhiñöhira about the future history of his child. Then, being sumptuously remunerated, they all returned to their respective homes.

O great saintly person, you have compiled the astrological knowledge by which one can understand past and present unseen things. By the strength of this knowledge, any human being can understand what he has done in his past life and how it affects his present life. This is known to you. 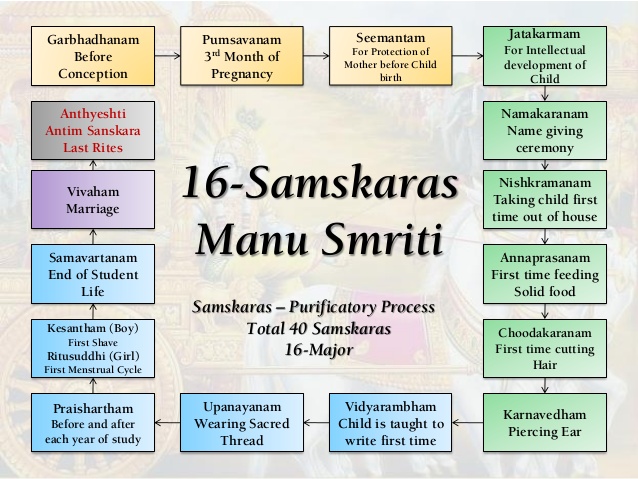 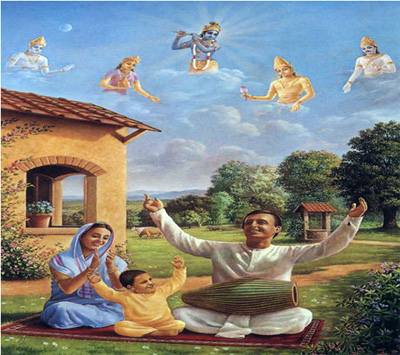